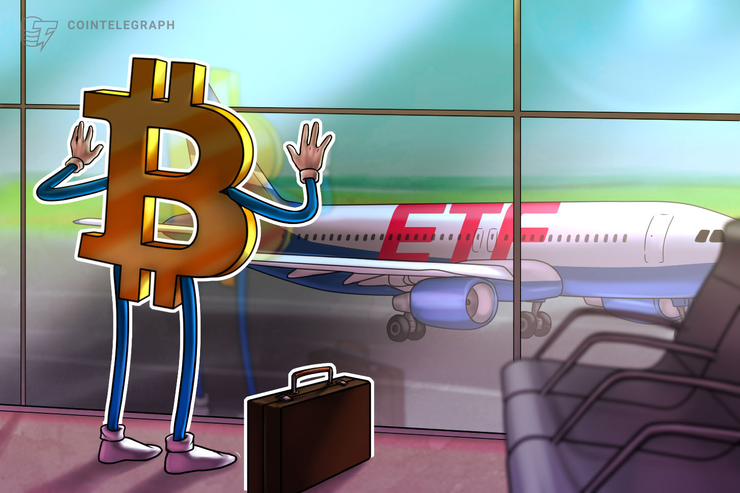 Executives at Bitwise Asset Management are highly optimistic as the deadline for the United States Securities and Exchange Commission’s (SEC) decision on their proposed Bitcoin (BTC) exchange-traded fund (ETF) looms on the horizon.

Days ahead of the Oct. 13 deadline, an Oct. 7 CNBC report cites Matt Hougan, managing director and global head of research at Bitwise, saying:

“We’re closer than we’ve ever been before to getting a Bitcoin ETF approved.”

“No more ways to postpone it at this point”

As Cointelegraph reported, Bitwise filed its latest application for a physically held Bitcoin ETF with the SEC  in January. In August, the regulator postponed its decision on the proposal — together with two other crypto ETF applications — until Oct. 13. It now has no mechanism that allows to postpone any longer, Hougan underscored:

“Sometime before Monday, the SEC has to give its decision: yes or no. They have no more ways to postpone it at this point. We will hear clearly between now and Monday what they think.”

Despite the regulator’s repeated pushback against previous proposals, Hougan is positive about the prospects this time:

“Two years ago, there were no regulated, insured custodians in the Bitcoin market. Today, … there are big names like Fidelity and CoinBase [with] hundreds of millions of dollars of insurance from firms like Lloyd’s of London.”

He added that, in contrast with two years ago, six of the ten major crypto exchanges are now regulated by the New York Department of State (NYDS) and have market surveillance technologies in place.

Foremost, he argued, today’s market sees over $200 million in volume, with regulated Bitcoin futures traded every day — again, a stark change from a formerly “one-sided, inefficient market,” according to Hougan.

The involvement of major market makers such as Jane Street Capital and Susquehanna has transformed Bitcoin into one of the “most efficient institutional markets in the world,” he added.

Benefits of a Bitcoin ETF

Hougan argued that ETF approval would herald a major opportunity for everyday investors to access the Bitcoin space securely. He noted:

“While big institutions have safe, secure ways to buy Bitcoin in private funds that are available only to the ultra-high-net-worth people, regular investors don’t have a safe way.”

An ETF would enable financial advisors to bring Bitcoin to their clients easily “instead of them going rogue,” Hougan added.

This August, Bitwise CEO Hunter Horsley took a similar perspective to Hougan, citing positive developments in the industry such as Susquehanna’s entrance, improved arbitrage and new spreads, and access to extensive insurance policies.

The Crypto Enthusiast’s Dream: Top Countries That Tick All the Boxes
Prince Harry Will Be the Fall Guy When Meghan Markle’s Hollywood Scheme Fails
Why Is Kate Middleton Still Miserable About Meghan Markle Leaving the U.K.?
The Lizard People Invented Bitcoin: Why Crypto is a Hotbed for Conspiracy Theories
The Mysterious Satoshi Nakamoto Allegedly Leveraged a Russian Proxy for Communications